Get updates when we blog about the business of web development.

You'll get ONE email a week with links to new blog articles AND instant access to our exclusive members area.

What to do when clients want their money back

"The client has paid the deposit, I started work but he is now asking for his money back. What should I do?"

A redditor asked a similar question on /r/freelance/ here which reminded me of how frequently I’ve ran into this question online. I’ve had my share of situations like these and I’ve learned to protect my company from mid-project changes which seem to make clients turn into... not so pleasant people.

So the situation is almost always like this: the client changes his mind, mostly at the beginning or at the middle of the project, sometimes for no apparent reason or no believable explanation. He claims his deposit back, sometimes in an unpleasant way. People in the web agency are in a state of shock, especially when they think of the clients that they’ve had to turn down in order to work on this project.

This is a clear case in which a contract would protect the agency. It’s easy for the clients to cancel a project when they feel like they’re not losing much.

A contract must be such that it makes the client have some skin in the game too. This means that the contract must force the client to resolve their disputes with an agency in a productive way, whatever their disputes might be. How can an agency protect itself if the client refuses to give any feedback to work delivered, or simply claims that they don’t like it? Even if their only problem is that they don’t like the design proposal - which is a purely subjective thing - the agency should not allow its clients ask for their money back based on subjective feelings. Client feedback is crucial in creative projects and clients must be made aware of their obligation to cooperate with the agency. The risk should be balanced between the agency and the client. You make the risks balanced by making it expensive for the client to get out of the contract easily.

To cut the long story short, this is how we’ve made our contract protects us:

If the client cancels work for any reason that has nothing to do with our agency violating the contract, at any time after we’ve signed the contract, we get to keep 100% of the deposit, no matter how much work, if any, our agency has delivered. Period.

Not a single client ever questioned the above clause at the moment of signing the contract because it was nobody’s intention to cancel the project. Unpredictable changes make projects get cancelled.

In order for this clause to protect us, we make sure we start work only after receiving deposit which is 50% of the total project value or project phase. This is a simple rule we’ve learned early. By paying 50% and signing a binding contract, the client puts some of his own skin in the game.

We’ve had some clients who suddenly, for no apparent reason, wanted out of the contract. Some of them asked for money back in various stages of completion of the project, even at 90% done. This is exactly the case we protected ourselves from.

For added protection, we made sure we delivered as much work as early as possible and that there’s written communication trail proving that we’ve communicated, sought feedback and cooperation, delivered work and acted professionally in good faith. Everything we deliver to the client must be documented, at least as an email. We always aim to get some reply from the client and we make them at least confirm that they’ve seen our work.

What if there was no contract signed

This is hard for me to advise because I’ve never been in a serious situation without a contract.

But, given how much time and productivity a legal problem such as this wastes, and in case I had no money to hire a lawyer, I’d cut my losses as soon as possible and move on to serving better clients. I’d pay the money back, even if I was completely right and the client was completely wrong, and consider this an expensive lesson on the topic of the importance of contracts.

In a situation like this, we tend to overestimate the value of the money lost and underestimate the psychological damages we’ll suffer through the process. The person losing something is always in more pain than the person gaining something. For this reason only I’d pay the money back to protect myself.

If I decided to pay the money back and it was a non-trivial amount of money, I would first seek legal counsel. Now is the time to stop digging the hole I found myself in, and get all future agreements with the client in writing. I’d let the lawyer help me, it’s their job and they do it well.

Then I would make the client sign an agreement stating that there are no more obligations between me and him whatsoever, not now or in the future, for any matter. I’d make sure that once we sign the agreement, I was not obliged to deliver anything to anyone or provide any support in any form, ever. This way I protect myself from ill intentions from the same client in the future (in case they came back). I’d let him sign the papers first and only then would I pay him back.

After that, I would make sure that I got a good web design and web development contract template in which I would include this clause I mentioned above.

Let’s say that there’s something you wish you handled differently with that client, and now he wants his money back. Let’s say that you feel that this situation is to some degree or even completely your fault.

It’s ok. Contract or no contract, pay the money back as soon as possible, forgive yourself and move on. I promise that you’ll feel relieved the moment you put all of this behind you.

Clients who ask for money back seem like a problem to us because we sometimes feel that we need this money and that it is important. It is not - at least not in a situation like this. It is just money. You will do without it just fine. There’s so much money out there and you know you are capable of earning ten times as much as you’re now giving back.

What is important, however, is your well-being and your integrity. You’ve made a mistake, so what? Move on, go and look for new clients. Sometimes you win and sometimes you learn. 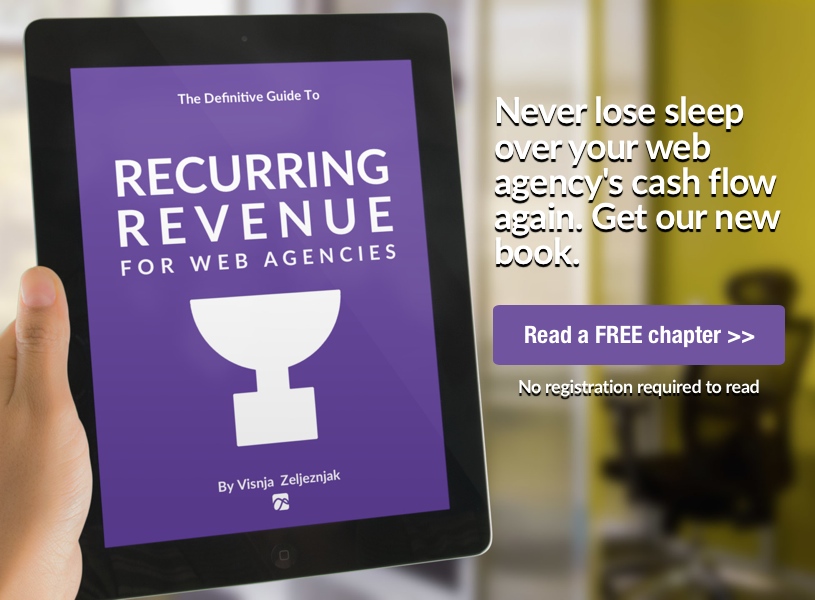 Q: What to do when clients want their money back? Our A: freelance, webdesign, webdev luckyisgood, returnnull

Topics We Write About